Tony Page Papers
JavaScript is disabled for your browser. Some features of this site may not work without it. 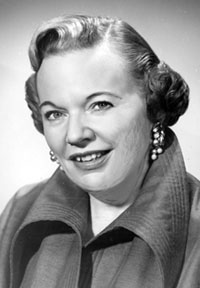 Tony Page, her given name was Ellen Antoinette Hagmann and a descendant of Irish immigrants, was born on July 11, 1910 in Moscow, Idaho. She was the daughter of Clarence Mills and Ruby Ethelyne Edgett, née Slee. Her father was a Mining Engineer and Geologist who received his degree from the University of Idaho. Her mother worked as a registered nurse. In 1911 the couple moved to British Columbia, Canada where Clarence Edgett found work for a gold mining company. On September 9, 1913 a son was born in Spokane, Idaho. Antoinette attended Miss Williams Preparatory School for Young Ladies in Fort Worth, Texas.

Her writing career started in 1940 using at times the pseudonym Tony Hagmann and Ellen Edwards. She decided to change her name from Antoinette to Tony in order to increase her chances to be hired to the Flight Magazine, formerly known as Southern Flight and owned by George Haddaway in Dallas, Texas. The latter, who did not believe in women having a career of their own, was not present at the time of the interview thus Page was hired by an executive. She was sent to Houston, Texas and could successfully avoid meeting her boss. Page said in an interview to the Austin Statesman in 1964: “It took him six month to find out I was a female. By that time, the war had started and females were more of an asset than a liability.” Page worked for Flight Magazine until 1945.

From 1945 to 1947, Page wrote as freelance journalist for various aviation publications and living in different locations in California. Finally settling in Austin, Texas for a freelance position. In 1947 Tony met the pilot Holland Page, Jr. whom she married in March. The couple was divorced seven years later. Page started working for Cross Country News in 1948 as a writer. The newspaper was founded in 1945 by M.I. Hall, who moved the paper to Meacham Field in Fort Worth, Texas, because he owned a printing plant there. Holland Page purchased the paper in 1952 as a birthday gift for his wife who then was editing and publishing the paper until it ceased to exist in 1981. By 1976 the paper had a circulation of 16,000. Page wrote in her newspaper about all sorts of aviation related topics and covered women’s air races, namely the All Woman’s Transcontinental Air Race also known as Powder Puff Derby.

In 1952 she took flying courses for fixed and rotor wings. Page soloed in 1954 and in 1957 had completed 550 hours and an active license. She was the seventh woman to receive a helicopter license. She owned a two-seater Cessna 140 which she used for business purposes.