Ethel Ward McLemore Award of Excellence
JavaScript is disabled for your browser. Some features of this site may not work without it. 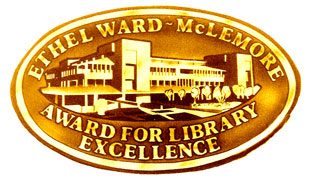 Ethel Ward-McLemore's presence in the geophysical community was a personal triumph because she was one of the first women geologists and a pioneering spirit throughout her life. She was given an Honorary Membership in the Society of Exploration Geophysicists in recognition of her early work for Humble Oil and Refining and more than 50 years of service to exploration geology. Ward-McLemore began her education in mathematics and chemistry at Mississippi Woman's College where she earned her B.A. in 1928. Her studies continued at the University of North Carolina where she earned an M.A. in 1929. She took additional courses and pursued research at such institutions as the University of Chicago, Colorado School of Mines, Texas Christian University, and Southern Methodist University. In 1932 she entered the field of geophysics as assistant to Donald Barton, co-founder and first president of the Society of Exploration Geophysicists. In 1933, with Barton, she joined Humble's Geological Department, headed by Wallace Pratt. In 1935 Ethel Ward married Robert McLemore, a petroleum engineer. Two years later, Ethel left Humble when her husband was transferred to Beeville, Texas, as district engineer for Sun Oil. She continued her research with Barton independently.

A prolific author Ward-McLemore published several books, many of which are in the McDermott Library collection. During her lifetime she worked and did research in the Geological Information Library of Dallas, which was once located at the University of Texas at Dallas. When Ward-McLemore visited McDermott Library after her retirement, she experienced the professionalism, knowledge, and concern of the staff. An office was set aside for her where she continued her research. She was a generous lady and expressed her appreciation by establishing the Ethel Ward McLemore Award of Excellence. Each year two library colleagues are honored in recognition of their outstanding contributions to our libraries with both a certificate and $1,000.

Collections in this community