John Slattery Collection
JavaScript is disabled for your browser. Some features of this site may not work without it. 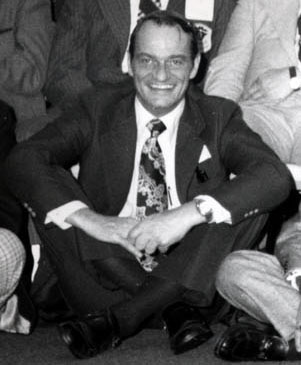 John Matthew Slattery was born in Bay City, Michigan in 1928. During World War II he enlisted in the Marine Corps and fought in the Pacific. At the outbreak of the Korean War he was recalled to active duty and served with the Marine Corps. During the Korean War he was afflicted with frostbite and was evacuated by medical helicopter. This experience fascinated Slattery, and was the start of his life time interest in helicopters.

In 1954, he entered the Air Force as an aviation cadet and trained to be a helicopter pilot. He served two tours of duty during the Vietnam War and eventually left the Air Force with the rank of Lieutenant Colonel. During his Air Force Career, Slattery was decorated numerous times, receiving the Legion of Merit, Distinguished Flying Cross, Bronze Star, and 11 awards of the Air Medal and the Air Force Commendation Medal. During his Air Force career, Slattery began collection and documenting information about the history of the helicopter, as well as amassing a collection of models of various helicopters. The bulk of this material was used to establish a historical collection/museum at the offices of Helicopter Foundation International (HFI) in Alexandria, Virginia.

Slattery's dedication to helicopter history led to his involvement with the Twirly Birds, a helicopter association, as longtime secretary and treasurer. Slattery also was a member of the Royal Aeronautical Society, and several veterans and helicopter organizations. Slattery also worked with Hollywood, consulting on the use of helicopters for 20th Century Fox/Warner Brothers film The Towering Inferno, and the syndicated helicopter action-adventure television show AirWolf.

Slattery passed away from complications related to emphysema on March 6, 2008.