Sally Bath-Prill Papers
JavaScript is disabled for your browser. Some features of this site may not work without it. 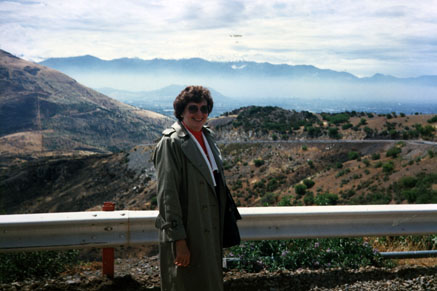 Sally Bath-Prill was born February 18, 1934 in Canton, Ohio. She attended Macalester College, in St. Paul Minnesota, where she majored in speech and drama. She also attended the University of Maryland, from which she graduated with a B.A. in business administration. During her early career Sally Bath-Prill worked in the comptroller departments of a number of insurance companies including Prudential Insurance of America and GEICO. In 1966 she took a job with the Printing Industries of America, where she worked as a Supervisor of Statistical Services, dealing with labor relations and union issues.

In 1970 Prill moved on The MCB corporation as a research analysis contracted with compiling reports about manpower and labor for the Department of Labor and the Department of Housing and Urban Development. After completing her contract, she accepted a job with the Aerospace Industries Association of America, where she specialized in preparing data on aviation finance, economics, and labor for publication. She left AIAA in 1979, and spent a year doing similar work for LTV Aerospace and Defense.

In 1981, Prill was appointed director of the Office of Aerospace Policy and Analysis, in the International Trade Administration, of the United States Department of Commerce. The Office of Aerospace Policy and Analysis held responsibility for monitoring the implementation of the GATT Agreement on Trade in Civil Aircraft, studying trends in international trade, assessing the health of and providing guidance to the American aerospace industry, and generally promoting the interests of American aviation in the global marketplace. Prill performed a number of duties while with the Office of Aerospace Policy including overseeing the U.S. presence at international air shows (Farnborough, Paris, ILA (Berlin) and leading tours of American aerospace industry executives to emerging markets in Poland and Eastern Europe, Russia and the former Soviet Union and South America.

In 1993 she was a member of U.S. Commerce Secretary Ron Brown’s official delegation in a state visit to Saudi Arabia. Prill also provided numerous lectures and presentations on the future of the American aerospace industry and international trade to the United States armed forces, other government agencies, and civic and trade organizations. Prill also was involved in the negotiations with Airbus Industries and the European Economic Community (later the European Union) over subsidies paid to aircraft manufacturers and fairness and balance in the aerospace trade between America and Europe. Prill retired from the Commerce Department in 1999.

After Prill left the Office of Aerospace Policy and Analysis and the Competence Department she moved into the world of private consulting as an expert on international aerospace and trade matters. She also moved to Texas and became active in state politics. In 2008, Texas Governor Rick Perry appointed SallyBath-Prill to a position on the Board of Pilot Commissioners for Galveston County.