Joe M. Dealey, Jr. Collection
JavaScript is disabled for your browser. Some features of this site may not work without it. 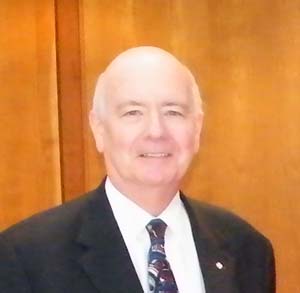 Depicted by authors Darwin Payne and Kathy Fitzpatrick in their book From Prairie to Planes as Dallas-Fort Worth International Airport’s “most visible spokesperson,” Joseph M. Dealey Jr. guided the airport’s public affairs for fifteen years and was instrumental in the airport’s silver anniversary celebration on September 22, 1998. Serving from 1984-1999 as a public information specialist and ultimately the airport’s Director of Public Affairs, Dealey was directly involved in many important milestones of the growth and development of one of the nation’s largest and most significant airports.

In 1970, following his graduation from Trinity University, San Antonio, Texas, Joe Dealey’s lineage of prominent newspaper and publishing magnates led to the beginning of his first career in the newspaper and publishing business. There he worked in employee relations and later, after service in the Army, entered the Dallas Morning News’ management training program in 1972. He ultimately served as vice president of the newspaper’s parent, A.H. Belo Corporation. Becoming more involved in the newspaper’s executive matters rather than the editorial component of the business which had been his preference, he left the business in 1983. However, his management skills and media acumen served him well as he soon became involved with Dallas-Fort Worth International Airport.

Since leaving his position at Dallas-Fort Worth International Airport, Joe Dealey has established a communications consulting business in Dallas and has an interest in an independent film company in New York. He remains active in community service and is the recipient of several noteworthy awards and citations. He currently serves as an active member of the Advisory Board, Special Collections - History of Aviation Collection, Eugene McDermott Library, The University of Texas at Dallas.