Don Teel Collection
JavaScript is disabled for your browser. Some features of this site may not work without it. 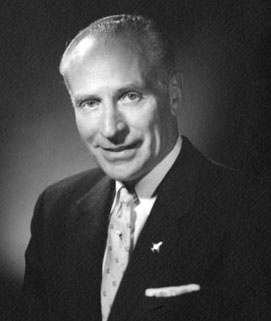 Dill Mervin "Don" Teel was born on March 6, 1908 in a country home covered with sod near Rexford, Kansas as the only child of Brack and Clara Teel. Two years later the family moved to a homestead north of Burlington, Colorado. The Teels moved yet two more times from Colorado via Kansas to a high school in Beaver City, Nebraska to improve their son's education and from which Don graduated in 1926.

Don Teel joined the United States Army Air Corps in San Antonio, Texas as a Flying Cadet that started his aviation career. In 1928 he was associated with the American Aircraft Corporation in Los Angeles, California. In the years from 1931 through 1934, Teel was a barnstormer in various locations piloting Wacos, American Eagles, Stinsons, and Travelairs.

In the same year, Teel held an executive flying position with the Loffland Brothers Drilling Company flying a Stagger-wing Beachcraft which operated out of Fort Worth, Texas. Three years later, he worked for the Rock Glycerine Company flying a Spartan Executive aircraft out of Odessa, Texas. At the same time Teel was barnstorming, he operated the Odessa Airport and Don's Flying Service. His company owned ten Piper Cubs, and one of each of the following: J-5 Stinson, J-5 Travelair, and Ford Tri-motor. In addition to that, Teel operated a Civilian Pilot Training program.

In 1941 Don Teel joined the Royal Air Force Ferry Command delivering Lockheed Hudson Bombers to England as well as freight and VIPs. He logged over 5,000 hours in Consolidated B-24 Liberators crossing the North Atlantic in more than one-hundred flights. Teel was recognized for his Valuable Service from H.R.H. George VI, King of England. Don Teel continued to work for the RAF as an civilian until the end of 1945.

After having received his Argentinian Airline Pilot License, Teel worked from 1946 until 1950 in the position of Jefe de Operacion Vuelo (Chief of Flight Operations) for the Flota Aerea Marchante Argentina (FAMA). After a brief employment as a Captain flying a Douglas DC-4 for the Seaboard & Western Airlines, Teel, was hired by the U.S. Steel Corporation in January of 1952 to establish and operate the Aircraft Department in order to transport the company's executives. Don Teel retired from this company in March of 1973.

In his retirement, Teel was a Corporate Consultant to Bell Helicopter and the Flight Safety Foundation. He served on the Editorial Advisory Board of Professional Pilot Magazine. Teel was a member of numerous organizations, such as the OX5 Club, the Quiet Birdmen Association, and the Wings Club of New York to name a few. His special interest went to the National Business Aircraft Association (NBAA) serving as their acting director for many years, the Helicopter Association, and the Flight Safety Foundation.

Don was married to Mildred Margaret, neé Sobie, with whom he has one daughter, Mrs. Peggie D. Osgood. His second wife was Mildred, neé Bruton, whom he married in 1974. Dill Mervin "Don" Teel passed away in 2002.