Henry R. Clay, Jr. Papers
JavaScript is disabled for your browser. Some features of this site may not work without it. 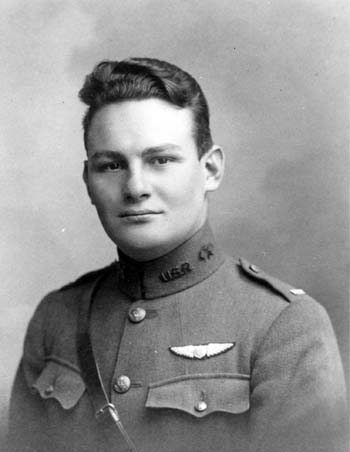 Henry R. Clay, Jr. was born on November 27, 1895 in Plattsburg, Missouri to Henry and Harriet Clay. His had one older brother, James Ashton "Ash" Clay. He attended University of Missouri before studying law at The University of Texas at Austin while his family moved to Fort Worth, Texas.

After the United States declared war on Germany in April 1917, he enlisted in the U.S. Army Signal Corps, Aviation Section. He attended the aviation ground school at The University of Texas at Austin before graduating and was sent to Oxford in England to continue with his training. Clay became a member of the Royal Flying Corps (RFC) due to an agreement between the RFC and the United States Air Service (USAS). He was a member of No. 43 Squadron (RFC/RAF), where he was named First Lieutenant while stationed in France. He then was moved to the 148th Aero Squadron in July 1918, where he remained until his final move to the 41st Aero Squadron in November 1918. On December 14, 1918, he was made permanent commander of the 41st Aero Squadron. On January 23, 1919, he was relieved of his duty for the 41st Aero Squadron and was sent to Coblenz, Germany for occupation duty.

Clay died on February 7, 1919 in Coblenz, Germany from influenza and pneumonia.